Map of Missile Range in Cuba 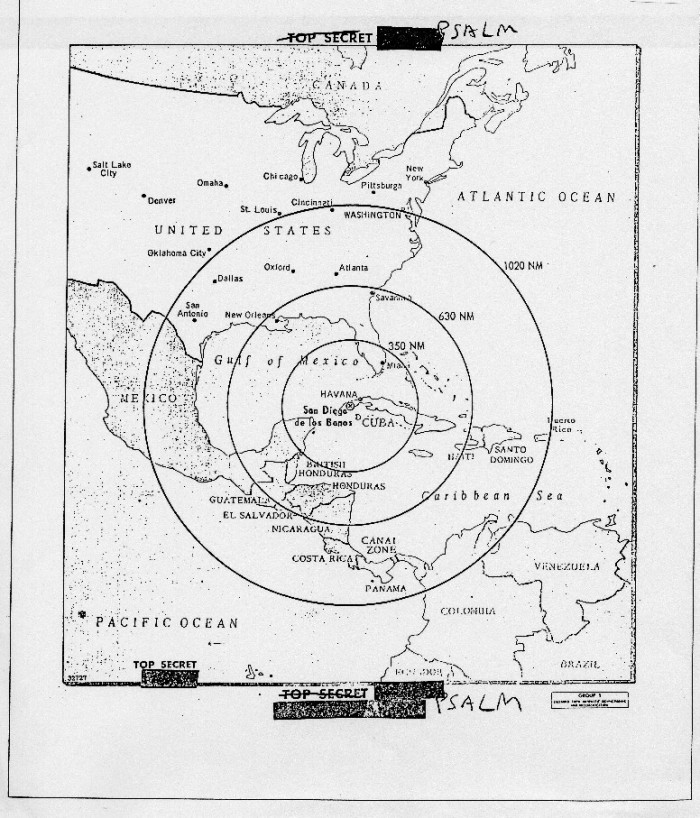 Map of Missile Range in Cuba (1). CIA briefing board for JFK showing range of Soviet MRBMs (Bobby Kennedy on 16 October jokingly asked whether the missiles could hit Oxford, Mississippi, where federal marshals had intervened only two weeks earlier, so Oxford was included). PSALM was the special codeword for intelligence data on missiles in Cuba, a compartment created at President Kennedy’s insistence for greater control of this sensitive information.
[National Security Archive]

Harvard Kennedy School's Belfer Center for Science and International Affairs has created this website to commemorate the 50th anniversary of the Cuban Missile Crisis of October 1962. Using original documents and recordings, the site offers essential facts about the 13 days of the crisis as well as lessons drawn from it by presidents, policymakers and scholars. Register here to receive site updates..