Home Page // About the Crisis // Dramatis Personae // Other U.S. Players 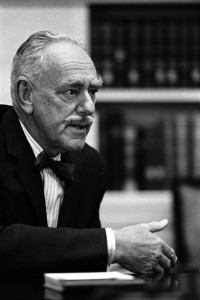 Dean Acheson served as Secretary of State from 1949 to 1953 in the Truman administration. During the Cuban Missile Crisis, he advised President Kennedy privately and attended meetings at the State Department, but not ExComm meetings at the White House. Acheson advocated a narrow air strike only against the missile sites, ignoring Soviet bombers and antiaircraft units. On October 21 he was sent to Europe to brief French President Charles de Gaulle and West Germany’s Chancellor Konrad Adenauer about the situation. In the aftermath of the crisis, he remarked that the successful outcome was down to “plain dumb luck.” 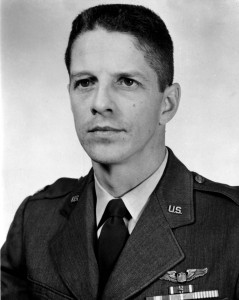 Major Rudolph Anderson was a US Air Force pilot, killed by a Soviet surface-to-air missile on October 27 when his U-2 reconnaissance plane was shot down over Banes, Cuba by Soviet forces under General Georgi Voronkov, who was unable to consult his superior General Pliyev and acted without Khrushchev’s approval. Anderson became the only U.S. casualty due to enemy fire during the Cuban Missile Crisis. This dangerous episode came very close to provoking a retaliatory U.S. strike. Fortunately, President Kennedy paused to reconsider and held back, against McNamara’s advice to retaliate the next day.

An original member of ExComm, Bohlen left Washington after the first day of the crisis to become Ambassador to France and was succeeded by Llewellyn Thomson as adviser on Russian affairs. As he prepared to depart for Paris, Bohlen wrote a memo urging diplomatic effort, private communication with Khrushchev, and an ultimatum before proceeding with military action. He thought the idea of “limited quick action is an illusion and would lead us into a full war.” 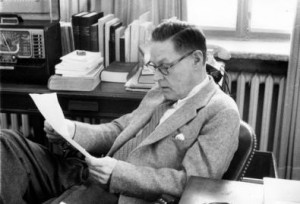 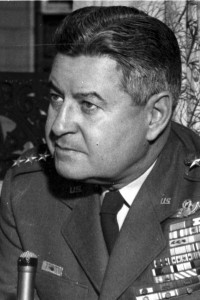 With a distinguished military career, Curtis LeMay had commanded the 305th Bomb Group during WWII, pioneered many bomber flying formations, overseen the Berlin Airlift, and headed the Strategic Air Command, before becoming Air Force Chief of Staff in 1961. During the Cuban crisis, General LeMay emerged as a strong opponent of the blockade option. He believed there was no choice but immediate direct military action, and warned that the first thing the Soviets would do after the announcement of the blockade would be to hide the missiles. He thought the blockade would ultimately lead to war, and warned the President, “We’re just going to gradually drift into war under conditions that are at great disadvantage to us…This is almost as bad as the appeasement at Munich.” 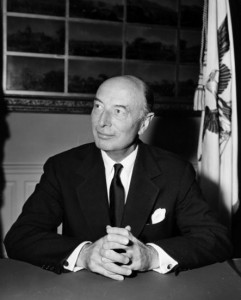 Robert Lovett was Secretary of Defense from 1951 to 1953 under President Truman, having first served as Deputy Secretary of Defense from 1950 to 1951 and overseen the Korean War mobilization. During the Cuban Missile Crisis, he joined a few of the White House sessions. Lovett argued against a surprise attack on Cuba, on the grounds that it might prompt Soviet retaliation against Berlin.

O’Donnell was President Kennedy’s special assistant and appointments secretary, charged with managing the President’s timetable, from 1961 to 1963, before serving as presidential aide to Lyndon Johnson. His character is portrayed by Kevin Costner in the movie Thirteen Days. 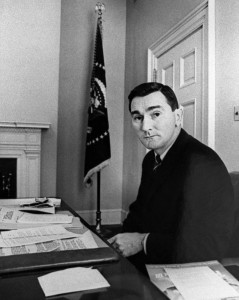 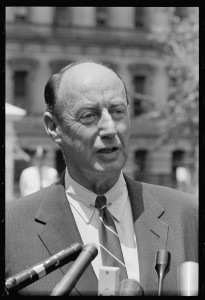 Adlai Stevenson was Governor of Illinois, a Democratic Party presidential candidate in 1952 and 1956, and served as Ambassador to the United Nations from 1961 to 1965. During the Cuban Missile Crisis, Stevenson came to Washington and joined a few of the White House sessions. He urged moderation and a diplomatic approach, instead of an air strike. Stevenson’s “finest hour” was the October 25 debate at the United Nations, during which he confronted Soviet UN representative Valerian Zorin with photographic evidence and aggressively demanded that he admit the Soviet deployment of missiles in Cuba.