The global nuclear order today could be as fragile as the global financial order was four years ago, when conventional wisdom declared it to be sound, stable, and resilient.

In the aftermath of the Cuban Missile Crisis, President Kennedy concluded that the nuclear order of the time posed unacceptable risks to mankind. “I see the possibility in the 1970s of the president of the United States having to face a world in which 15 or 20 or 25 nations may have these weapons,” he forecast. “I regard that as the greatest possible danger.”

Kennedy’s estimate reflected the general expectation that as nations acquired the advanced technological capability to build nuclear weapons, they would do so. Although history did not proceed along that trajectory, Kennedy’s warning helped awaken the world to the intolerable dangers of unconstrained nuclear proliferation. 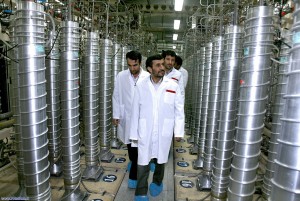 His conviction spurred a surge of “diplomatic initiatives: a hot line between Washington and Moscow, a unilateral moratorium on nuclear testing, and a ban on nuclear weapons in outer space.” Refus­ing to accept the future Kennedy had spotlighted, the international community instead negotiated vari­ous international constraints, the centerpiece of which was the 1968 Nuclear Nonproliferation Treaty (NPT).

Thanks to the nonprolifera­tion regime, 184 nations, including more than 40 that have the technical ability to build nuclear arsenals, have renounced nuclear weapons. Four decades since the NPT was signed, there are only nine nuclear states. Moreover, for more than 60 years, no nuclear weapon has been used in an attack.

In 2004, the secretary-general of the UN created a panel to review future threats to international peace and security. It identified nuclear Armageddon as the prime threat, warning, “we are approaching a point at which the erosion of the nonproliferation regime could become irreversible and result in a cascade of proliferation.” Develop­ments since 2004 have only mag­nified the risks of an irreversible cascade.

The current global nuclear order is extremely fragile, and the three most urgent challenges to it are North Korea, Iran, and Pakistan. If North Korea and Iran become established nuclear weapons states over the next several years, the nonproliferation regime will have been hollowed out. If Pakistan were to lose control of even one nuclear weapon that was ultimately used by terrorists, that would change the world.